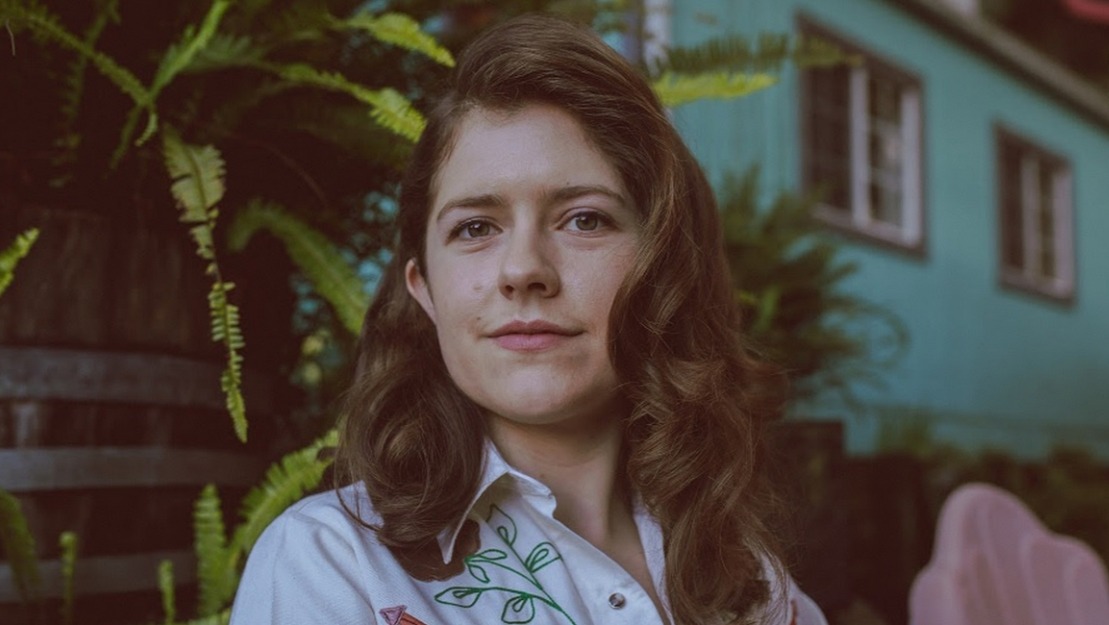 Named after a town of 19 in the Northern Great Plains, Ismay represents the work of singer/songwriter Avery Hellman. Just as with the name, Ismay seeks to uncover ways in which the place we live changes us, and how the natural world provides deeper meaning. For Ismay, a life lived in rural California connects them with the landscape, providing a freedom to express gender identity, and the space to create music. Mystical lyricism, ethereal vocals, and dynamic fingerpicking on guitar are the defining features of their music. With works covering wild horses to wildfire, Ismay’s sound is unmistakably connected to the landscape in which they live.

Ismay was introduced to the musical world through the Hardly Strictly Bluegrass Festival, created by their banjo-playing grandfather Warren Hellman. An upbringing immersed in roots music shaped a love of the old-time aesthetic and early recordings of American folk music. Ismay learned to write, sing, and play by listening to the songs of Emmylou Harris, Hazel Dickens, Mississippi John Hurt, and Leonard Cohen, as well as Alan Lomax’s field recordings. As Avery grew older, artists such as Cat Power, Lee Hazlewood, Phosphorescent, Captain Beefheart, and Angel Olsen further influenced their work. After a many years of playing music mostly in their bedroom, Warren’s passing in 2011 created a chance for Avery to play Bluegrass music at his memorial, pushing them onto a public stage for the first time. It was there that the seeds of Ismay began, leading to the project’s debut in 2015.

Ismay performs as both a solo artist, duo, and a full band, with a combination of electric fingerpicking guitar drums, bass, cello, and violin. Additionally, Ismay plays a unique set combining storytelling and songs, which will debut at Hardly Strictly Bluegrass in October 2019. Ismay has appeared throughout the West Coast at music festivals such as Hardly Strictly Bluegrass 2016 and Strawberry Music Festival 2017; at renowned venues such as the Great American Music Hall, Slim’s, the Golden State Theater, and the Mystic Theater, and as an opening act for acclaimed artists including Steve Earle, Mandolin Orange, Justin Townes Earle, Robert Earl Keen, Chuck Prophet and the Mission Express, The Mother Hips and the Brothers Comatose. Ismay is based in the rural area outside of Petaluma, CA, and was raised in San Francisco/Marin County CA.