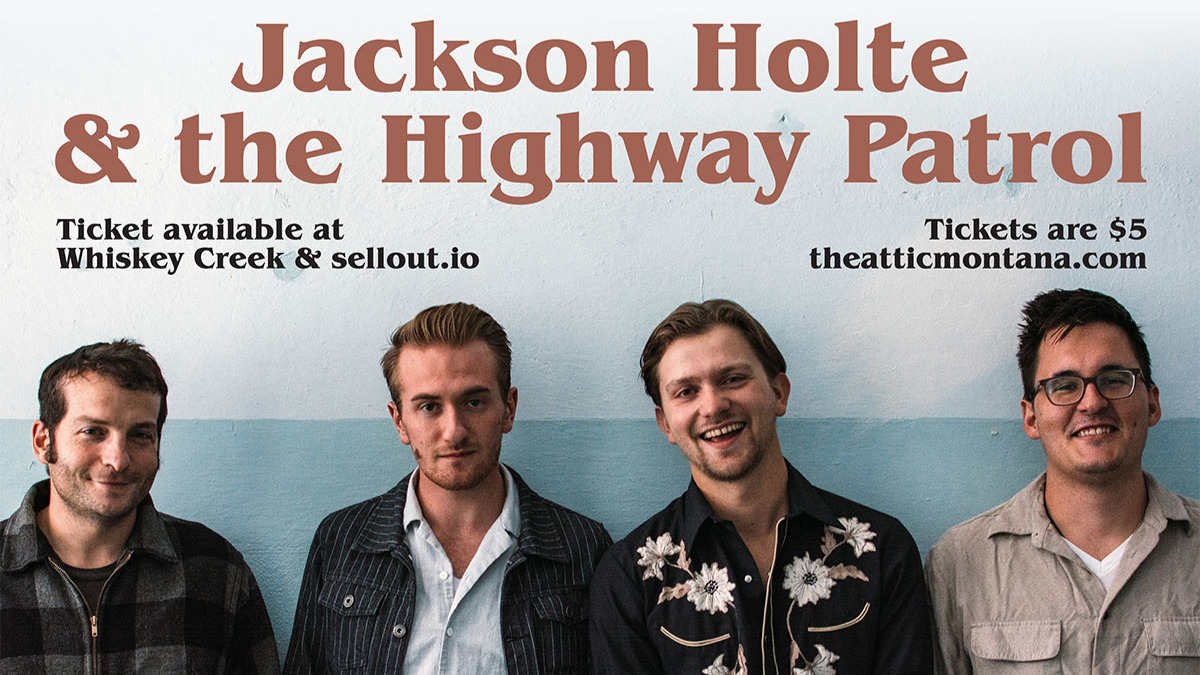 Jackson Holte & The Highway Patrol are a Grammy-eligible rock and roll band from Missoula, MT, formed by several of the town’s greasiest bar-band veterans in 2017. Jackson Holte is a hard-nosed, soft-spoken folk singer who aspires only to possess the cathartic wit of John Prine and the biceps of Kris Kristofferson. The Highway Patrol are Brian Tremper on drums, Tyson Gerhardt on guitar, and Marko “The Midnight Shadow” Capoferri on bass; a band hotter than the furnaces of Nebuchadnezzar. They have been called “a pretty rippin’ band” by U.S. Senator Jon Tester, “a cavalcade of horses on the plains of America” by an independent Portuguese music podcast, and “heroes” by the owner of a small Chinese restaurant in Virginia City. Their new album, Last Rain of the Summer, will be released in March of 2020.