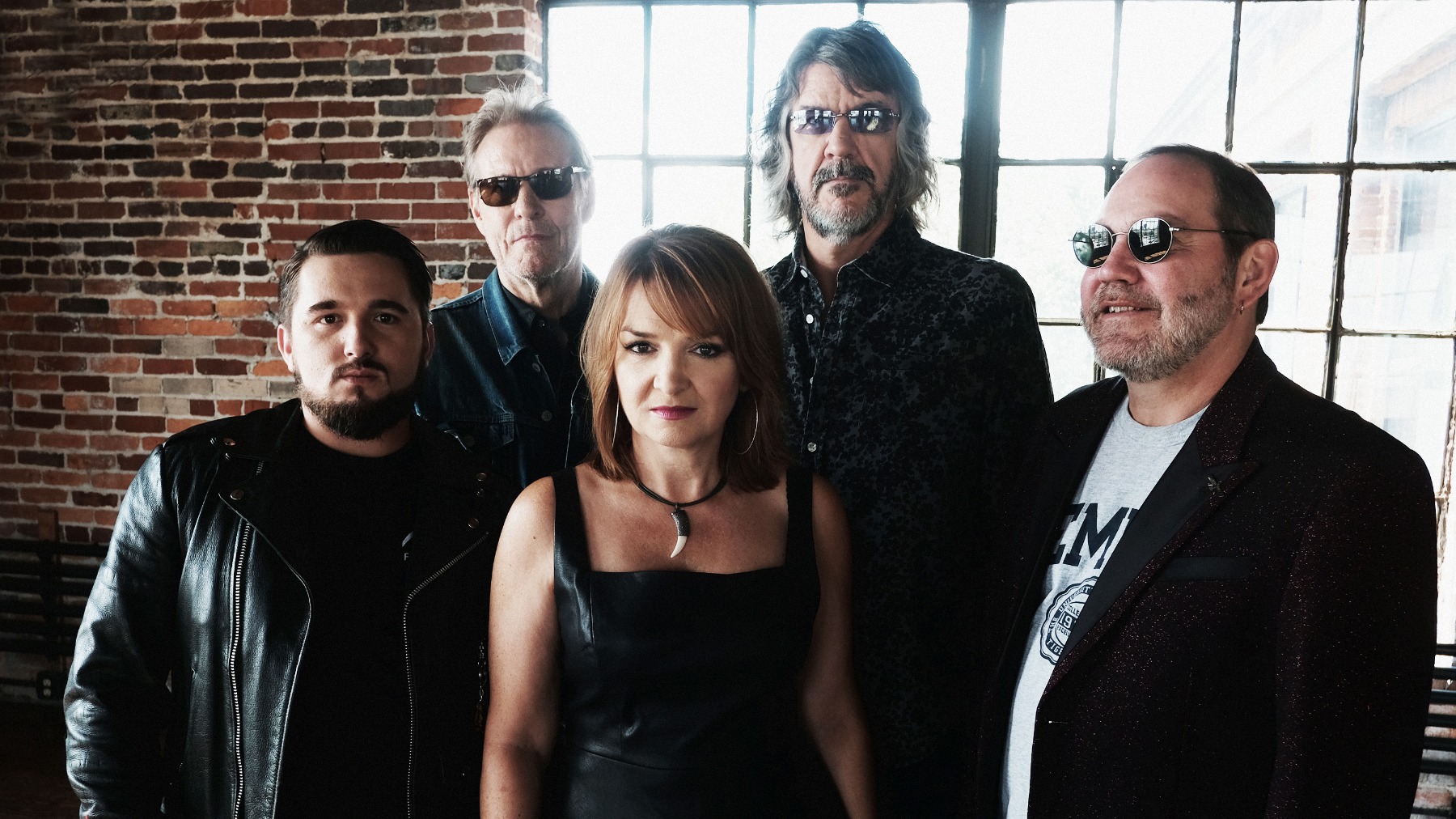 Previously purchased tickets (June 20, 2020) will be honored; no need to purchase new tickets. Simply pull up your old QR code ticket from last year and that will be valid for entry on August 7th, 2021.

Refunds will be available to those who cannot attend the event on August 7th. We will be accepting refund requests until March 29th at noon Mountain Time. To request a refund, please email chickenjamwest@gmail.com.

Bad For You, the fifth album from Nashville's hard-edged bluegrass band The Steeldrivers, arrives after a period of triumph and adaptation. The band's 2015 release, The Muscle Shoals Recordings, won the Grammy Award for Best Bluegrass Album. In bluegrass and acoustic music circles, respect for this Nashville quintet is so strong that the win seemed somehow inevitable, like a box being checked off. For the band though, as well as its passionate audience of Steelheads, it was a much bigger deal. The Grammy validated the vision and collective striving of a string band with a rock and soul heart. Industry recognition and better bookings followed. Then just when the follow-up album was coming together, vocalist and guitar player Gary Nichols decided he needed to go his own way.

It was a setback, to be sure. Negotiating the transition from the magisterial soul country voice of band co-founder Chris Stapleton to Nichols had taken work and perseverance, but it had led to the most cohesive, impactful Steeldrivers to date. With a second singer on his way out in eight years, there were questions about how to go forward, if they could at all. But this was a unique, highly resilient band, rooted in the kind of mutual respect that only many years of personal history can forge.

Richard Bailey (banjo), Tammy Rogers (fiddle), Mike Fleming (bass) and Brent Truitt (mandolin) have been musical colleagues and friends for more than three decades, which is to say nearly all of their adult lives. They were bringing their instrumental, vocal and songwriting skills to various bands, ad hoc gigs, picking parties and recording sessions long before The Steeldrivers first came together. That happened in 2005 when Nashville veteran Mike Henderson and Stapleton, a young gun on Music Row, had co-written a batch of songs that felt right for bluegrass instrumentation. Some casual get-togethers with Bailey, Fleming and Rogers led to a run of shows, a deal with historic Rounder Records and critical acclaim.

In a story now well-known, Stapleton hit a streak of rocket-ride success as a solo country artist, and the Steeldrivers resolved to continue on, maintaining the overall soul-grass feeling of that founding voice without hiring a clone. Henderson stepped aside as well, with many things on his plate. The band, made of sturdier stuff than one voice or part, called on Truitt to play mandolin. The search for a new singer after Gary Nichols was trickier. They wanted to keep their cards close to the vest, and they weren't looking for a mainstream bluegrass singer. It wasn't easy, but one day, says Tammy Rogers, "My daughter found him on YouTube." This designee was bound to be unconventional, and he was, a 25-year-old rock and roll singer from Berea, KY named Kelvin Damrell.

"I was pretty fresh to bluegrass," Kelvin says. "The only bluegrass I'd heard was couch pickin' at my grandparents' house, and I wasn't into it, to be completely honest. I was a rocker. Cinderella was my favorite band before I met these guys." But that kind of angular perspective was more in tune with The Steeldrivers than he could have known, and his initiation into bluegrass infused a convert's zeal into his performances. "Everybody in the band were virtuosos," he says. "And I'd never seen that side of bluegrass. I thought it was just that old foot stomping traditional stuff, so I was surprised to hear this. And I knew I had a lot of work to do to keep up."

While Steeldrivers 3.0 rehearsed and started playing shows, Rogers, the band's dynamic fiddle player and harmony vocalist, leaned hard into developing new material. "Having been known as a songwriting band, I felt like it was still what the band needed to do," she says. Indeed, original, band-written songs were as much a part of the Steeldrivers origin story as its infectious grooves and its R&B leanings. Those first rehearsals and shows with Stapleton/Henderson songs included "Drinkin' Dark Whiskey," "If It Hadn't Been For Love" (which was covered by pop star Adele), "Sticks That Made Thunder" and other certified band standards.

Rogers surveyed material she had going back a few years and called some of the co-writers, such as Jerry Salley and Liz Hengber, who'd contributed songs to the original Steeldrivers eponymous debut, to Reckless in 2010, to Hammer Down in 2012 and to the Muscle Shoals Album of 2015. The process of sifting through 50 or 60 prospect songs was of course influenced by Kelvin's taste, sound and phrasing. "There are songs here that aren't even bluegrass to me," he says. "They're rock and roll." He cites the title track "Bad For You" as a prime example. "Banjo is the only bluegrass thing about it," he says.

That album-opening title track churns slowly like a paddle-wheel steamer negotiating a shallow muddy river. Kelvin's voice rises and howls with a poignant desperation. Tammy's fiddle carves lonesome answering lines, and the 15-year Steeldriver tradition of dark, jagged-edged goth-grass feels intact and heading for new places. Then in "The Bartender (Load The Gun)" the main character wrestles with his role. Is he a friend-in-need or an accessory to a crime? It's a question perfectly suited to the Steeldrivers' unsparing blues. Up next, "12 O'Clock Blues" takes us inside the haunted anxiety of insomnia. Written by Rogers with longtime musical companion Kieran Kane and his duo partner Rayna Gellert, it became Kelvin's favorite for its groove shockwaves and its depiction of a shared human experience.

There are brighter offerings as well, including the pure ardor of "I Choose You" and the Cajun-inflected country bounce of "Glad I'm Gone," in which the girl doesn't come back and the singer is damn glad about it. Yet the emotional seriousness of the whole collection is firmly established by "Falling Man," a song inspired by the breathtaking photo of an unidentified victim of 9/11 "caught in a frame" and thus made immortal. "I'll never die/I'll never land/Call me what I am/A falling man," sings Kelvin in his most vulnerable performance, with Rogers in sympathetic harmony. It leaves us with chills.

That a quintet could sound so consistent over time, while adding new repertoire and even new lead singers, is a testament to a classically Nashville way of thinking. "I always say we just happen to use traditional instruments, but we're really a singer-songwriter band," Rogers says. One regularly hears the edict to "serve the song" among top tier players in Music City. But because this is bluegrass, and this is the Steeldrivers, the truth is that often, serving the song means you gotta play like hell.