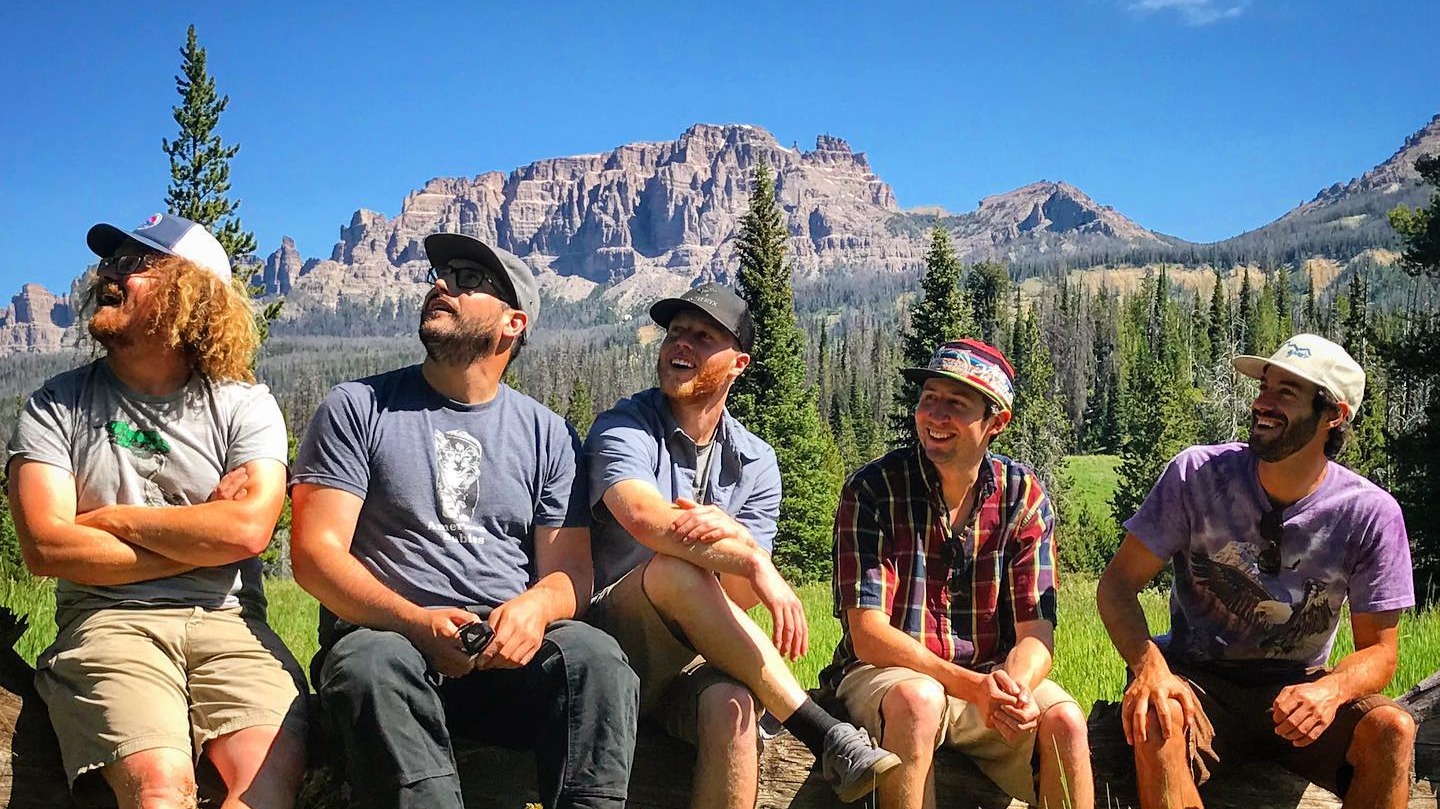 Sneaky Pete and the Secret Weapons is a collective of musicians channeling original music through a lens of hazy funk and unending groove, all witnessed and interpreted from the peaks and valleys of the Rocky Mountains. Their genre-blending sound of funk, rock, jazz, and hip-hop moves from the streets of New Orleans to smoky jazz dives, exotic Latin ballrooms, intergalactic spaceships, and late-night laser-filled clubs.

Initially drawn to Jackson Hole with a shared passion for skiing and mountains, the group formed in late 2011 when friends Jack Tolan (guitar/vox) and Sam Lowenthal (bass) got together with the vision of "making funk noises," and featured a rotating cast of 'Secret Weapons' playing small gigs in Jackson, WY. With the addition of Bobby Griffith on trumpet, the band had their breakthrough performance on December 21st, 2012, a legendary party known as “the FUNKapocalypse.” By the next fall, with the addition of keyboardist Galen Karnatz, it was time to hit the road and take their sound beyond the towering walls of the Tetons. They quickly built a reputation for high-energy performances and sweaty dance floors across the western US, taking to the road with repeated tours and expansion into new markets outside of the “Hole”.

In December 2014, SPSW released their debut album, Breakfast, which received airplay across the US, reaching number 5 on the Relix/jambands.com radio charts. Relix magazine featured the album and proclaimed, "their tight, practiced musicianship is on display, and a pulsing groove remains the foundation for the majority of the 12 songs..."

2016 brought a new rhythmic drive to SPSW when New Orleans native Phil Walker took over on drums. With their newly solidified lineup, the group began writing more music and released their 2nd effort, a 6-track EP titled Dojo, which was featured on NPR’s “Here and Now”. This rock solid 5-piece foundation has been touring the West Coast and Rocky Mountains for the last year, turning heads and igniting dance parties up and down the country.

The future shows no signs of slowing down, with plans for SPSW to record a new full-length record this Spring along the banks of the Hoback River in Wyoming. The band continues to evolve, and this upcoming album promises to be the best yet. Stay tuned for more from SPSW, the future looks to be funky!