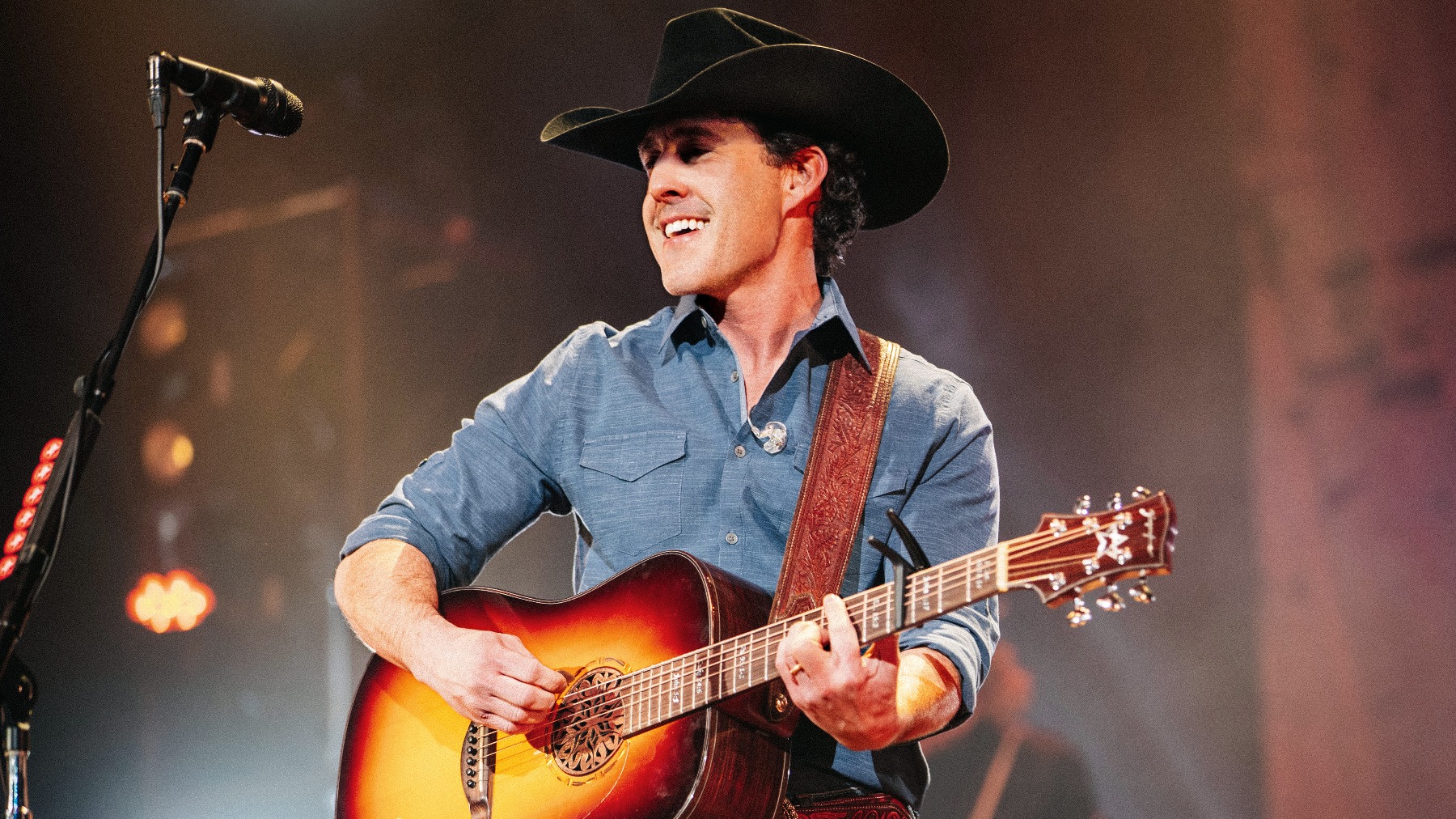 Aaron Watson’s career is perhaps summed up best by Forbes, who says he’s "one of country music’s biggest DIY success stories." For the past 20 years, Watson has achieved success on his own terms, handbuilding a lauded career through songwriting, relentless touring and more than a dozen self released albums. His independent Texas spirit and strong work ethic are emblematic of the western lifestyle; virtues which have taken him from humble honky-tonks of Texas to multiple sold-out tours around the world. In 2019 he released Red Bandana—"his most ambitious album yet"(Taste of Country)—whose 20 songs were hailed by The Boot as "a pure expression of his traditional country ethos.” This unprecedented acclaim follows Watson's previous album, Vaquero, whose Top 10 hit "Outta Style" earned a BMI Millionaire award, and The Underdog, the first independent album in the history of country music to top the Billboard Country Albums chart. With a dozen additional records under his belt, Watson is exceeding major-label-sized metrics while maintaining his independence, further galvanizing his "Texas country's reigning indie underdog" (Rolling Stone) brand. "There maybe no more genuine singer-songwriter at the moment than Watson," says Texas Monthly, pointing to a self-made businessman, chart-topper, and road warrior whose authenticity has made him a country music staple.

He left his home in central Arkansas in 2008 at the age of 19 years old and ambitiously moved to Nashville, TN in an attempt to, like millions of folks before him, deliver his brand of country music to the great Music City, and secure a budding career as a music artist. Within his first year he signed a publishing deal/record deal with Better Angels, a company that would later represent hit songwriters like Thompson Square, Josh Thompson, Ward Davis and Matt Rogers. His first taste of success came with the release of his single “Sweet Distraction” that hit #62 on Billboard and Top 20 on Music Row, which was the highest debut from a new act that year. He became a quick study in the art of songwriting, a talent he previously undervalued having starry eyes only for the stage. When you are a young kid sitting in a room with the picks of the litter among the songwriter society, the sheer enormity of the opportunity is a sobering affair. In such a situation, one would do well to keep his ears open more than his mouth, and to become a sponge that soaks up the savoir-faire required to survive and thrive in this elite world. Monday through Friday, David Adam Byrnes sat in rooms pumping out the kind of songs that were groomed for the country music charts.

In 2013 a new chapter began. Now a free man able to ditch the “bro country” songs he had been writing to satisfy the Nashville appetite, he circled back to his own personal style of honky tonk country and focused, once again, on the stage. The first time he heard Cody Johnson on the radio he became a man in a trance. This was “his sound,” the one he left behind years ago in order to bat in the big leagues. He was soon introduced to Trent Willmon who produced Cody Johnson, and the two began a songwriting relationship that would become so much more. David and Trent joined forces on the recording front and went to work on his new album. The pairing could not have been more perfectly matched. Every aspect of the writing and recording was a continuous stream of harmonious flow, each song perfectly rendered to define his true artistry. With Willmon’s help and influence David snagged several opportunities to open for Cody Johnson and the buzz about Texas quickly swarmed him. Reoccurring comments from his peers about how he belonged in the music scene that nurtured artistic authenticity began to take root. The proverbial straw came from Aaron Watson himself when he told David after a show together that he should not waste another minute in Nashville, and to get down to Texas immediately.

In 2018, David made the move to the Ft. Worth area, a place where his re-donned cowboy hat fit right in. His lead single to Texas Radio “Beer Bucket List” was released in October of 2018, a true Texas salutation if there ever was one. The song becomes his first # 1 on The Texas Regional Radio Chart. In October 2020, David released his full album “Neon Town”, which made its debut in the Top 5 on the iTunes Country Music chart. Now with 4 back to back # 1 songs, a music video that was premiered by CMT and a nomination for “New Male Vocalist of the Year” at The Texas Regional Radio Awards under his belt, David Adam Byrnes has earned himself a music business education that just can’t be bought.