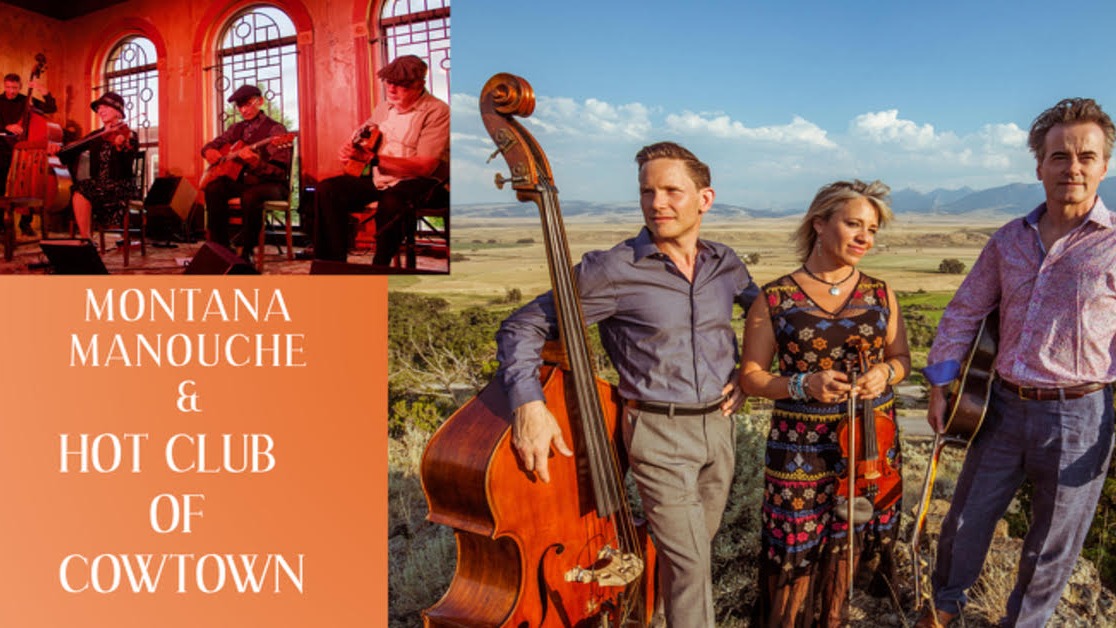 Montana Manouche presents their 5th annual concert celebrating the music of Django Reinhardt. Born on January 23, 1910, Django Reinhardt created the genre of music known as Jazz Manouche (or Gypsy Jazz). With violinist Stéphane Grappelli, Reinhardt formed the Paris-based Quintette du Hot Club de France in 1934. The group was among the first to play jazz that featured the guitar and violin as lead instruments. Reinhardt was a prolific composer, and you'll hear many of his remarkable and enduring tunes at the concert. Dancers are welcome.

Austin, Texas-based hot jazz and Western swing trio Hot Club of Cowtown blends the traditional Western swing of Bob Wills and Milton Brown with the European hot string jazz of the same era made famous by Django Reinhardt and Stephane Grappelli. The trio—Elana James (violin), Whit Smith (guitar) and Jake Erwin (bass)--sings in three-part harmony, writes its own original songs, and reinterprets everything from hoedowns to American songbook standards in its own, original style.

Voted Ameripolitan Western Swing Group of the Year 2015 and inducted into the Texas Western Swing Hall of Fame in 2004, HCCT has toured with Bob Dylan and others and represented Texas music throughout the world for the US State Department from Azerbaijan to the Sultanate of Oman. Eleven studio albums, a global following, and the relentless passion of its live shows are the band's continuing trademark.

“As instrumentally and vocally tight as any band out there working in any genre today….three skilled musicians who can seemingly just tune up and play, something that’s becoming increasingly rare these days.”

“...Spirit, originality and skill that would surely have impressed Stephane Grappelli and Django Reinhardt back in the 1930s.”