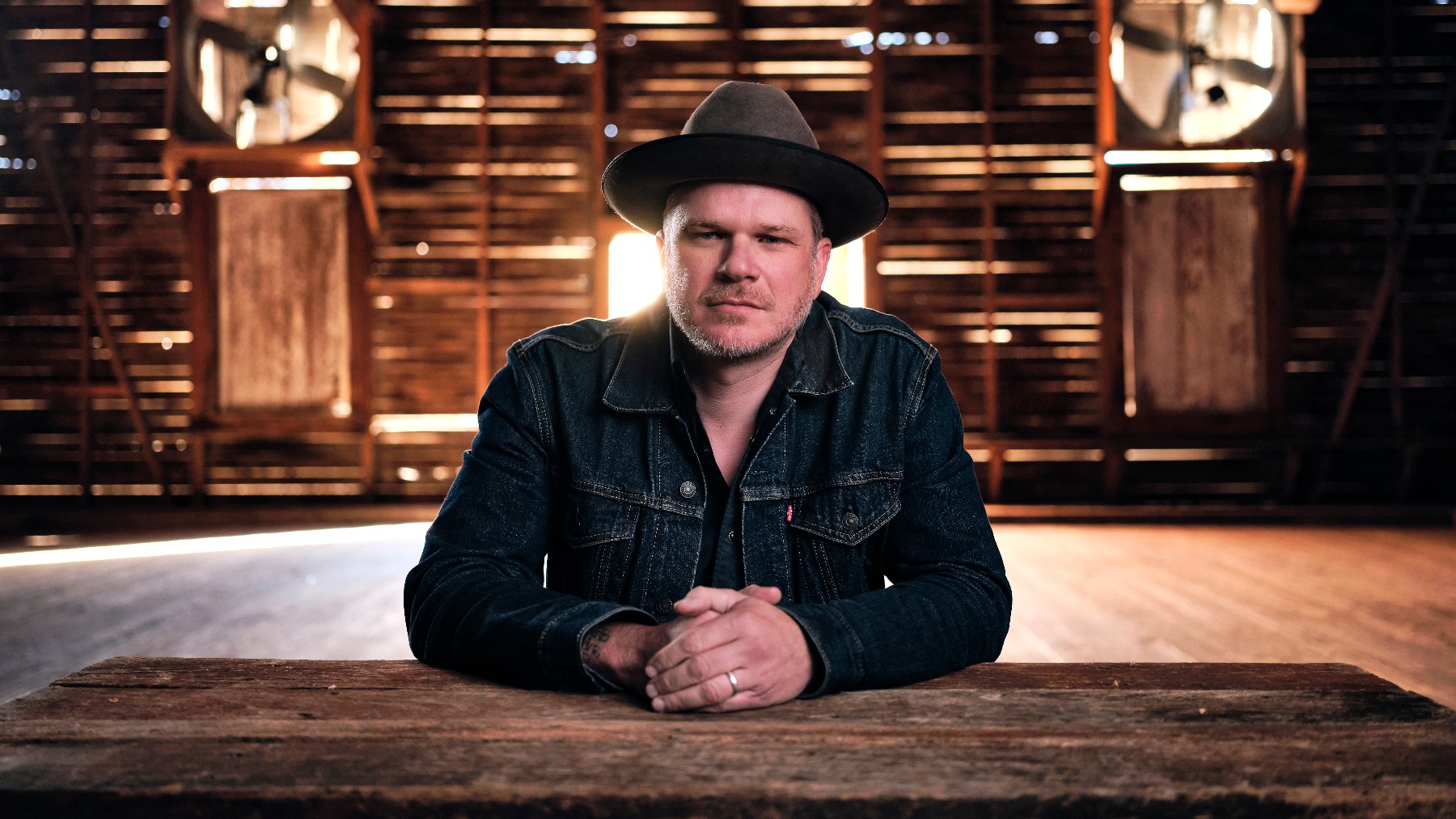 Since making his auspicious debut with 2005’s From Underneath the Old, Jason Eady has achieved a rare balance of unguarded honesty and poetic sophistication in his songwriting. Over the course of seven acclaimed albums, the Mississippi-bred singer/guitarist has brought that dynamic to everything from blues-infused Americana to bare-bones reimagining of classic country to the groove-driven sound of 2018’s I Travel On. On his timely new single “Back to Normal,” the Fort Worth-based artist shares a hard-driving track that’s both pragmatic and subtly hopeful, again revealing his gift for turning uncomfortable truths into songs with a potent impact.

His first new music since I Travel On—an album that “overflows with enough spontaneous energy to power a fleet of Ford pickups along with Eady’s no-nonsense tunes,” according to NPR’s glowing review—“Back to Normal” offers an urgent uptempo meditation on the inevitability of change. With its galloping rhythms and gritty yet elegant guitar work, the song threads its infectious melodies through a bit of hard-won wisdom (“Every day is a brand-new beginning/Isn’t that what all the sages say?/So every night is brand new ending/Tomorrow can’t be like yesterday”). “I wanted to write about how, when things get disrupted, you can never really return to the way they were before,” says Eady. “No matter how big or small that disruption is, you have to accept that change is a fundamental part of life, and just keep moving forward.”

Produced by Gordy Quist of Band of Heathens, “Back to Normal” came to life at The Finishing School in Austin, where Eady joined forces with a carefully curated lineup of musicians. “I sort of handpicked the band from all my favorite players around Austin that I’ve met over the years,” says Eady, who enlisted Geoff Queen (on lap steel), Noah Jeffries (mandolin), Brian Ferguson (drums), and Mark Williams (bass). Also featuring powerful harmonies from singer/songwriters Jamie Lynn Wilson and Courtney Patton (Eady’s wife), “Back to Normal” was recorded live with no overdubs, an approach that greatly intensifies its raw vitality. “Everything you hear is exactly what happened when we hit record—there’s no studio trickery,” says Eady. “It’s got a real family-band feeling to it, where everyone in the room knew how to play in a way that completely fits with what I do.”

On “Back to Normal,” Eady displays the sharp sense of songcraft he’s honed since his childhood in Jackson. “Even back in my early days of getting into music, I always cared more about the writers than the singers,” says Eady, who names Merle Haggard, Guy Clark, and Willie Nelson among his main inspirations. “I’d look up who’d written a certain song, and then go seek out more songs from that writer.” At age 14—the same year he started writing his own material—he began performing in local bars and showing his natural grasp of everything from soul and R&B to blues and country. After some time in the Air Force, he moved to Fort Worth and started playing open mic nights, where he quickly built up a devoted following. After independently releasing From Underneath the Old, he expanded his touring radius and continued turning out critically praised work, including 2012’s AM Country Heaven (a top 40 debut on the Billboard Top Country Albums chart), 2014’s Daylight/Dark (an album that “belongs on a shelf next to Dwight Yoakam’s Buenos Noches from a Lonely Room, Joe Ely’s Letter to Laredo, and yes, even Willie Nelson’s Phases and Stages,” according to AllMusic), and his self-titled 2017 effort (hailed by Rolling Stone as “[h]eavily steeped in his storyteller lyrical style and cleverly framed by uncluttered, acoustic-rich arrangements”).

With his eighth album due out later this year, “Back to Normal” ultimately emerges as the latest triumph from an artist who’s fully realized the power of embracing his instincts. “Over the last couple of albums I’ve relaxed into trusting myself and doing what feels right,” he says. “I haven’t added anything to the process—I just keep peeling more and more away, so that all that matters is whatever song I need to write right now.”