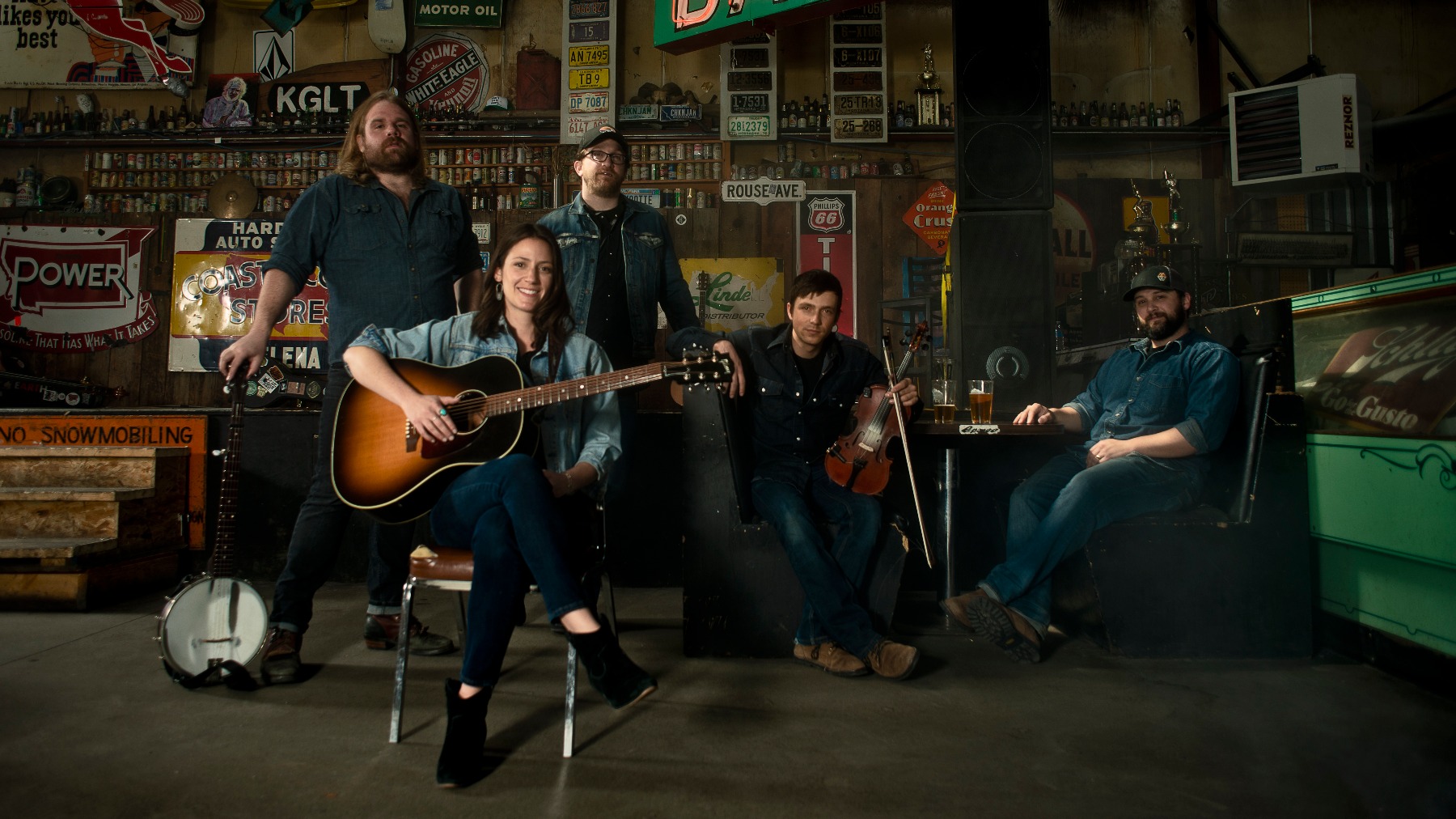 Laney Lou and the Bird Dogs

Laney Lou and the Bird Dogs are an energetic Americana band from Bozeman, Montana, that infuses four-part harmonies, engaging songwriting, and rock-n-roll drive into a modern approach to traditional folk music. Coming from varied musical backgrounds, the five-person ensemble creates a sound unique to them, but one that finds common ground by adding the energy of Montana’s big sky country into their music. The Bird Dogs weave stories through their songs that are reflective, joyous, longing, or meant to share a journey with the listener. Through it all, the band is able to convey heartfelt honesty, getting the audience to immerse themselves in the moment by dancing, singing and laughing along.

The Bird Dogs have been taking their infectious sound on the road since 2013, supporting acts such as The Travelin' McCourys, The Steeldrivers, The Steep Canyon Rangers, The Jeff Austin Band, Amy Helm, Leftover Salmon, Town Mountain, and many more.

The most recent album from Laney Lou and the Bird Dogs, Through the Smoke, was recorded in February of 2021 at The Panoramic House in Stinson Beach, CA. This album is one of personal transformation. The concept of letting things go, processing past and current situations, and moving forward has been ever present in 2020-2021, as the world went through trials beyond words. Laney Lou and the Bird Dogs found a way to represent their journey through hardship, while also celebrating the silver linings and breakthrough moments in their lives. Through the Smoke brings energy to the darkness, and proves that resilience can get us through the hardest of times.

The Bird Dogs released a live self-titled studio album in 2016, recorded at Basecamp Studio in Bozeman. Their follow-up album, titled The Vigilante Session, was recorded live at a forest service cabin in the Ruby mountains. In 2019 Laney Lou and the Bird Dogs recorded their first full-length studio album, Sweet Little Lies, at Prairie Sun Records in Cotati CA. Their live album, Live at the Filling Station, was recorded in 2019 at the Filling Station in Bozeman MT and released in 2020.

As songwriter and multi-instrumentalist for The Last Revel, Ryan Acker has made a lasting impression on the contemporary folk and bluegrass community with 4 studio albums and national tours with bands such as Trampled by Turtles, the Infamous Stringdusters, and Yonder Mountain String Band. On his upcoming 2020 solo debut titled “Winter Where You’re From”, Ryan Acker steps out to expand on his creative process. Exploring the full spectrum of the americana soundscapes, Acker delivers thoughtful and textured songwriting and a catalog of instrumental detail that has shined throughout The Last Revels history and beyond to his solo works.