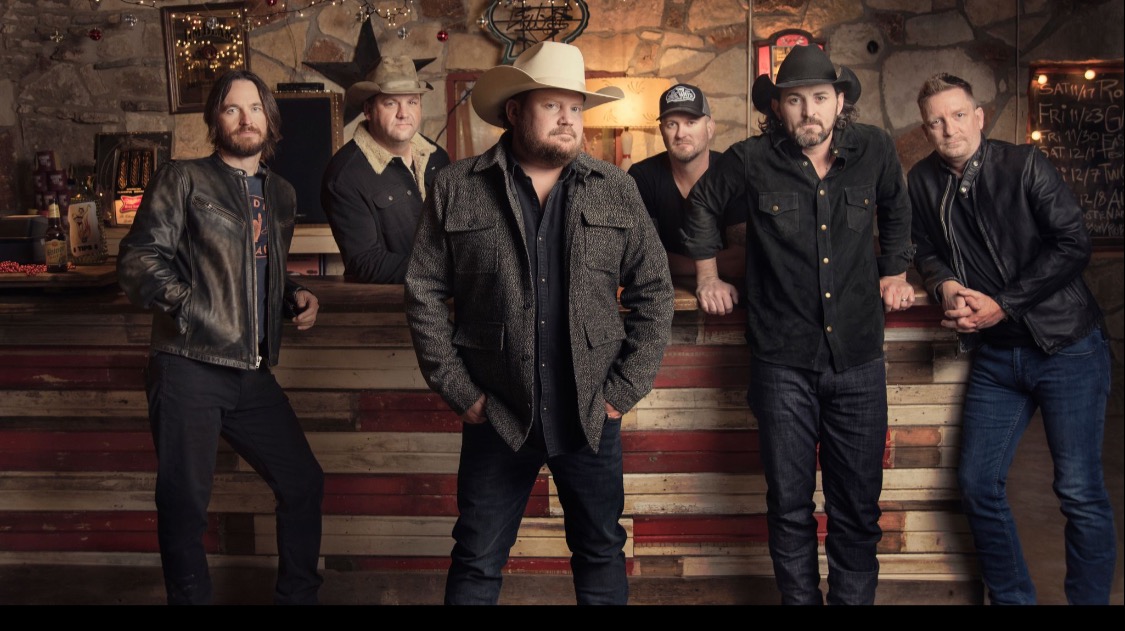 Few relationships in life are more complicated than those among band members. Music history is filled with stories of the rise and fall of creative personalities, but the Randy Rogers Band is a unique brotherhood fueled by a shared passion for making great music and a strong commitment to each other. That bond forms the foundation for the new music on their latest album Hellbent, a high-octane collection of songs buoyed by the same fearless spirit and sense of camaraderie that has made them one of country’s most compelling bands.

In a business where bands come and go and membership is often a revolving door, the Randy Rogers Band has been together for more than 17 years. “Just like any other relationship, you have to pick your battles and have respect for each other,” Rogers says. “None of us know how to do anything else. This is our livelihood. It’s how we take care of our families. Years ago when we were really struggling and wondering how we were going to make it, there were some deep and emotional conversations that we all had with each other about if this is really what we all wanted and the decision was made a long time ago. The answer was yes then and the answer is still yes now.  It’s something we all believe in. This is our life’s work.”

The culmination of their musical journey thus far can be heard on Hellbent.

It’s that blend of unique personalities that have fueled the Randy Rogers Band’s success for nearly two decades.

“Our bass player, Johnny Chops, has this way of writing. It’s a little old school, a little Waylon-esque if you will. His lyrics aren’t necessarily anything like mine. They are a little bit more vague and more interpretive,” Rogers says, bragging on his bandmate. “What Brady Black adds to our makeup is his sensibility on stage, his appearance, his energy, his unique way that he plays the fiddle. He’s a crowd pleaser.”

“Les Lawless, our drummer, has played on hundreds of albums with many different artists. He’s kind of the human metronome. He’s a solid drummer. I can’t recall a mistake he’s ever made on stage. He’s just a rock. Geoffrey Hill [guitar, vocals] is a very talented musician. He’s a great singer, a great harmony singer. Most of our sound as a band is because of Geoffrey and his unique vocals and the way he blends his vocals with my vocals.”

Of course, the lineup wouldn’t be complete without longtime member Todd Stewart. “There isn’t an instrument that Todd can’t play and he sings well,” Rogers enthuses. “Onstage he’s playing guitar on one song, mandolin on the next one, fiddle on the next one and a piano on the next one and a B3 on the next one. He’s a key part of our band because he fills up all those spots musically that no one else can do like him. It’s fascinating to watch him switch between every song.”

That dynamic musical chemistry has taken the Randy Rogers Band beyond the competitive music scene in their native Texas to build a national fan base with sold out shows across the country. The band has become skilled at capturing that live energy and passion on their albums and Hellbent is a perfect example. “We’ve been through this process long enough to know that we wanted this record to be perfect and complete so we kept writing and went back in and we recorded again,” Rogers reveals.

“It is important, especially in today’s day and age, not to put out content just for the sake of content. People see through that and it’s a big mistake young artists make just to put a video or a new song out just to have something to talk about. There is a lost art to making an entire album, being a cohesive unit and have it be something that you can stand up and play. We have to record songs we can play live. Ninety nine percent of the income we share is because we’re playing a show, so those songs can’t be throwaway songs.”

The first single, “Crazy People,” is a relatable tune that paints a picture of strict parents that weren’t always so straight-laced. “I did not write that song, however, I did live that song, and that’s why I cut it,” Rogers says with a chuckle.

“When I heard it, I could imagine that my parents weren’t always fanatically religious. As a young kid, I definitely wasn’t comfortable around neon signs or around restaurants where they were serving alcohol. I just thought that was something very, very bad and that’s what was instilled in my head. It was very, very much a sin, so I was a little freaked out when I was a kid. It’s nothing against my parents. Both me and my brother turned out just fine, but I just think there was this sense of over protection and security and a lot of that was based around the church. So the first thing I did when I turned 16 was tried everything.”

Another highlight on the album is “You, Me and a Bottle,” penned by Rogers.  ‘I love love songs, and that song is a carefree kind of love song about kind of getting lost with your significant other,” Rogers says.

“The troubles of the world and stresses of the week fade when you are with that one special person. That all disappears. That’s kind of the feel-good song on the album I think and the prettiest love song on the record.”

On the other end of the emotional spectrum, “Anchors Away” is about a man who can’t commit and keeps running from love. “‘Anchors Away’ is a very sad song,” Rogers admits. “The chorus says, ‘Anchors away, works like a charm, first sign of danger, I pull the alarm,’ and the lyrics that really get to me are, ‘I don’t want to leave, I don’t know how to stay.’ That lyric to me really paints the picture of somebody who doesn’t know how to love and doesn’t know how to love someone back. Out of all the lyrics on the album, that lyric might be the most poignant lyric because a lot of times people sabotage themselves and relationships they are in because they don’t know any better because they’ve seen their parents do it or they are just in a cycle repeating the same mistakes. I think that’s a lot of people.”

“Wine in a Coffee Cup” paints an interesting portrait of a high-powered career woman. “Women have roles in the workplace that are very different than they were maybe 50 years ago,” Rogers says. “There are a lot of CEOs, CFOs, a lot of presidents and vice presidents. Huge companies are run by women. It’s an interesting fact that nobody is perfect and my idea of that song was a CEO of a company walking in every day and everybody thinks she has everything together and her life is perfect, but in all actuality she is like everybody else. She’s struggling with something. It could be her relationship, home life or family, but even the most successful people have flaws, so that was my take on it. It’s a nod to women and the fact that they are, in this day in age, hopefully treated as equals in the workplace but here’s this girl that’s running the company and she’s coming in buzzed every day. That song isn’t about someone I know personally. It’s about the culture and the environment we live in now. I guarantee that that song is happening somewhere.”

“Hell Bent on a Heartache” is a song Rogers first heard and fell in love with on Guy Clark’s album My Favorite Picture of You.  “I love that album start to finish and that song was my favorite song. Chris Stapleton and his wife, Morgane, wrote that with Guy Clark and I had no clue,” he says. “We were in the studio the week Tom Petty died and on that track especially there is this kind of Heartbreaker kind of feel to that song. It’s produced in a way that Tom Petty and the Heartbreakers would have done it. The influence definitely shines through on this album, especially on that track.”

In recording Hellbent, the Randy Rogers Band worked with producer Dave Cobb (Chris Stapleton, The Oak Ridge Boys, Sturgill Simpson, Jason Isbell) and recorded at the legendary RCA Studio A. “A large part of the country really enjoys the records that he’s made over the last 10 years and obviously I was paying attention to that,” Rogers says.

“I was noticing the albums I was listening to, and they were produced by him, so I called him up and asked if we could meet for lunch. I’d never worked with him before, so it was a very exciting going into RCA and meeting him and the team. We’re very thankful for that opportunity and getting to record in Studio A. So many people whether it be Dolly Parton or George Strait have recorded in that room, so it was a bit of hallowed ground. It was a little overwhelming as well. There’s pictures all over the walls there of people who recorded. It’s amazing.”

Recording Hellbent is just the latest chapter in the Randy Rogers Band’s thriving career. In addition to being a gifted vocalist, insightful songwriter and talented musician, the band’s founding member is also well known in music industry circles for his business savvy. He graduated from college with a degree in PR and is one of those rare musicians who has great executive skills too.

Rogers is co-owner of several Texas venues including Cheatham Street Warehouse in San Marcos, Texas where George Strait began building a fan base in his early career. Rogers is also a partner in Big Blind Management with Robin Schoepf and steers the careers of Red Shahan and Parker McCollum.