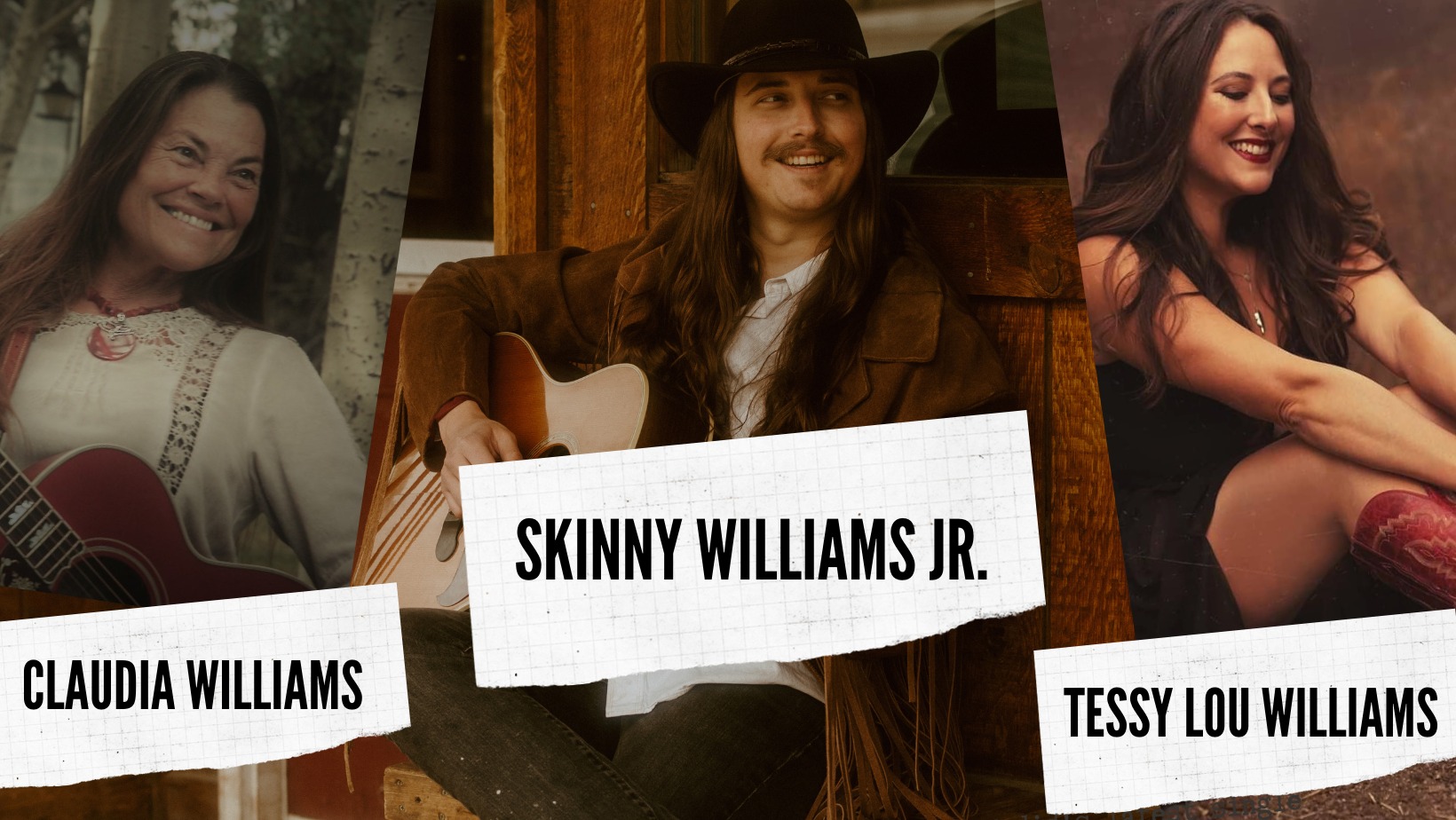 The last name 'Williams' carries a lot of weight in the legacy of country/folk music in the Montana music scene. The family matriarch Claudia Williams has been performing and writing music ever since 1986 when she co-founded the band Montana Rose with Kenny Williams. Williams’ beautifully rich and honey-seasoned voice combined with her strong, folksy presence has established herself as a beloved Montana tradition. Her daughter Tessy Lou Williams has been carving a name for herself in the highly competitive Texas music scene as a power house vocal and exceptional songwriter. Almost a decade under her belt in the Austin music scene and a new project as a solo artist, one thing is unmistakably clear: lovers of country music should keep their eyes on Tessy Lou Williams. It’s in her blood, after all. Not to be overshadowed by all the talent in the Williams family Luke Williams, also known as Skinny Williams Jr., is a Montana based singer/songwriter. Luke was born and raised in SW Montana and spent 10 years living in Austin, TX. Most of those years were spent touring the U.S. with his former band, The Canvas People. Join us for a beautiful night on of celebrating the legacy of the Williams family.