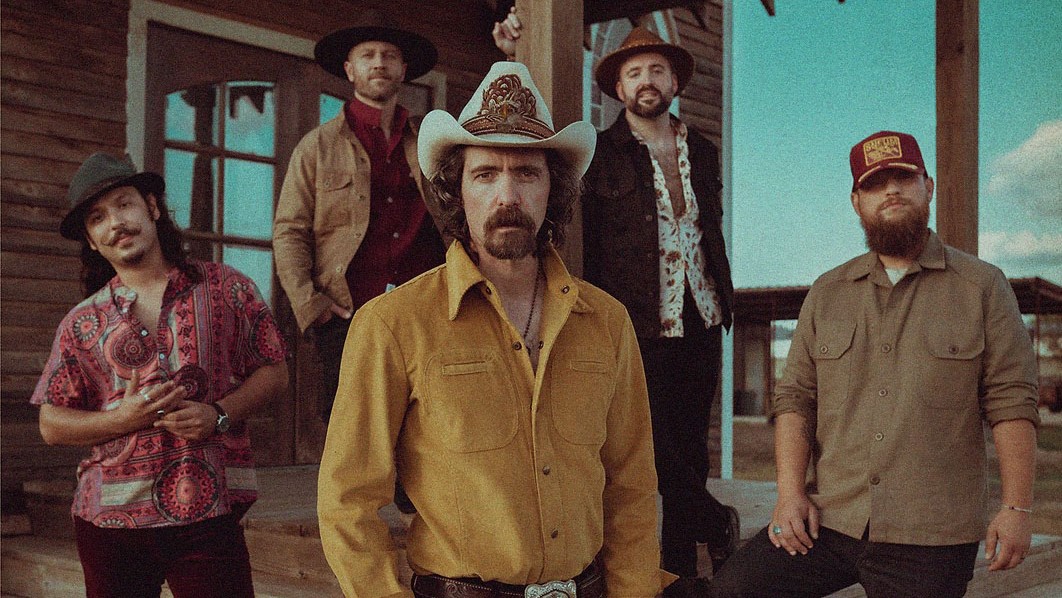 Sharp storytelling. Gripping and gorgeous five-part harmonies. Arrangements that can swing between fun, engaging, and lively one moment and stirring, booming, and chill-inducing the next. These are the essential elements that make up the sound of The Wilder Blue, the Texas five-piece who put their own spin on rock-influenced country with their eponymous sophomore album.

Recorded at Echo Lab Studios in Denton, Texas, the band self-produced The Wilder Blue with experienced engineer Matt Pence (Paul Cauthen, Shakey Graves). A true collaborative effort, The Wilder Blue is a genuine democracy where ideas, constructive criticism, and value is demanded by all parties.

Built around the keen storytelling voice of primary frontman Zane Williams, Paul Eason’s salient lead guitar, the imaginative tandem of drummer Lyndon Hughes and bassist Sean Rodriguez, and the striking, compelling mind of multi-instrumentalist Andy Rogers, The Wilder Blue are only beginning to scratch the surface of their potential.