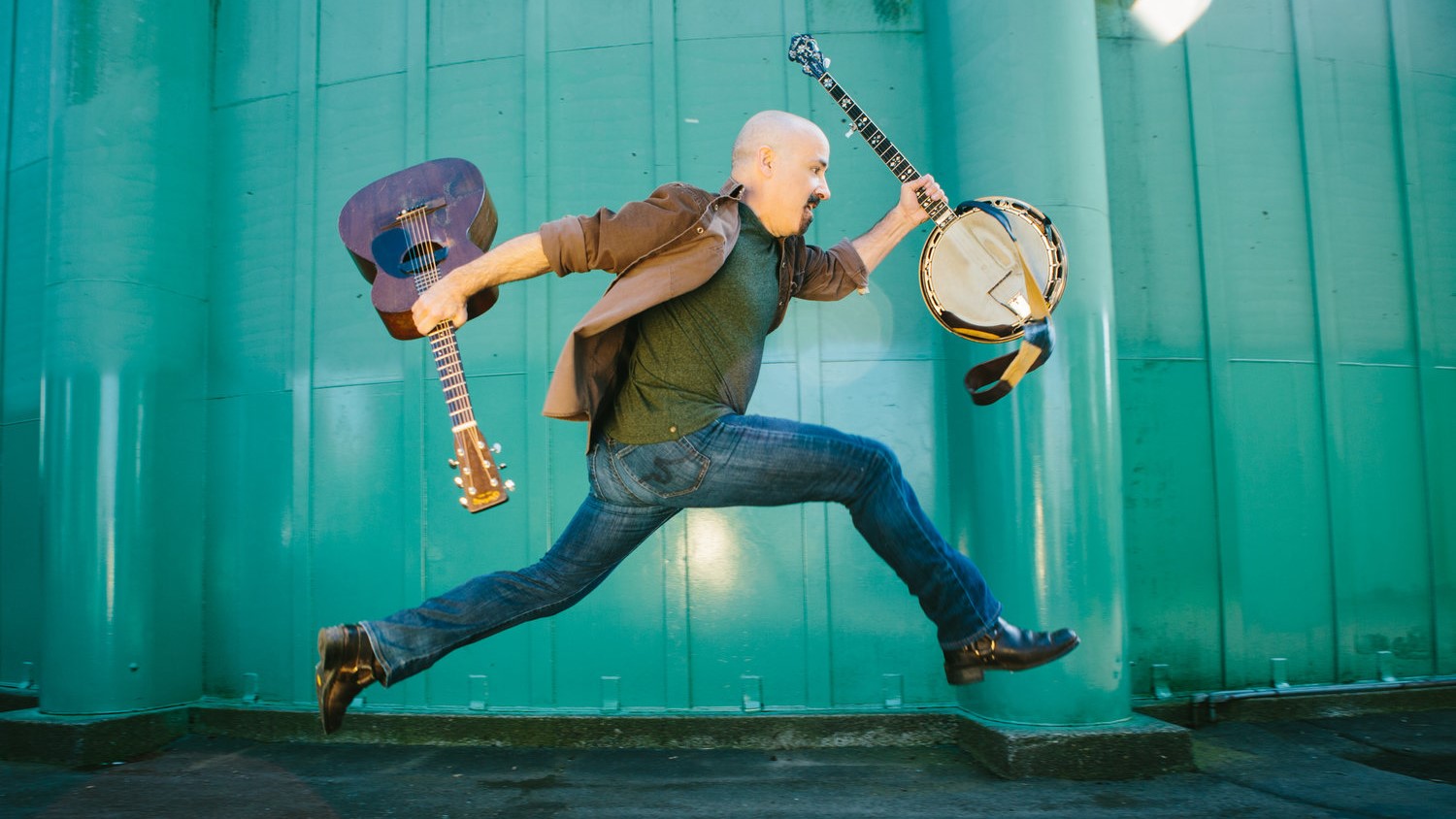 Tony is an evocative and soulful singer, a wide-ranging songwriter and a virtuoso multi-instrumental-ist adept on banjo, cello-banjo, slide guitar and baritone ukulele who mixes and matches sounds and styles with the ﬂ air of a master chef (he’s also an accomplished sculptor, but that’s another story). All of the music of America is in Tony’s music. Relix hit the nail on the head when writing of Tony: “True talent doesn’t need categories. Tony is been creating sculptures and artwork in the recent years. Check out more on the “Artwork Gallery Page”. Tony is been creating sculptures and artwork in the recent years. Check out more on the “Artwork Gallery Page”. ”A native of Pleasanton, California, who now makes his home in Portland, Oregon, Tony Furtado took up the banjo at age 12, inspired by the Beverly Hillbillies television show and a sixth-grade music report. He ﬁrst attracted national attention in 1987, when he won the National Bluegrass Banjo Championship in Winﬁeld, Kansas. Not long after that, Tony opt-ed for the life of a full-time professional musician, joining Laurie Lewis & Grant Street. A second victory at Winﬁeld, in 1991, bookended his years with Grant Street. In 1990, Tony signed a recording deal with Rounder Records, one of the country’s preeminent independent record companies. Beginning with Swamped in 1990, he recorded six critically acclaimed albums for the label, collaborating with such master musicians as Alison Krauss, Jerry Douglas, Tim O’Brien, Stuart Duncan, Kelly Joe Phelps and Mike Marshall. During this period, Tony also performed and recorded with the band SugarBeat and the Rounder Banjo Extravaganza with Tony Trischka and Tom Adams. Beginning in the late 1990s – inﬂuenced by such musical heroes as Ry Cooder, David Lind-ley and Taj Mahal – Tony added slide guitar, singing and songwriting to his musical toolbox and began leading his own band. He is a tireless road musician who performs in a dizzying variety of formats: solo, in a duo or trio or with his full ﬁve-person band. He especially values the opportunities he has had to tour with such legendary musicians as Gregg Allman and with such esteemed slide guitarists as David Lindley, Derek Trucks and Sonny Landreth. Tony has performed throughout the world at top venues and appeared at such prestigious music festivals as the Telluride Bluegrass Festival, High Sierra Music Festival, Jazz Aspen, Kerrville Folk Festival, Strawberry Music Festival, Winnipeg Folk Festival, Sisters Folk Festival, San Jose Jazz Festival and countless others. “I love playing live,” he says. “All my energy is focused on the love of playing music and rolling with the moment. It’s a give and take from the audience to the stage, and back. And the music that is created is some-thing that otherwise might not occur without that ﬂow.” – Jon Hartley Fox